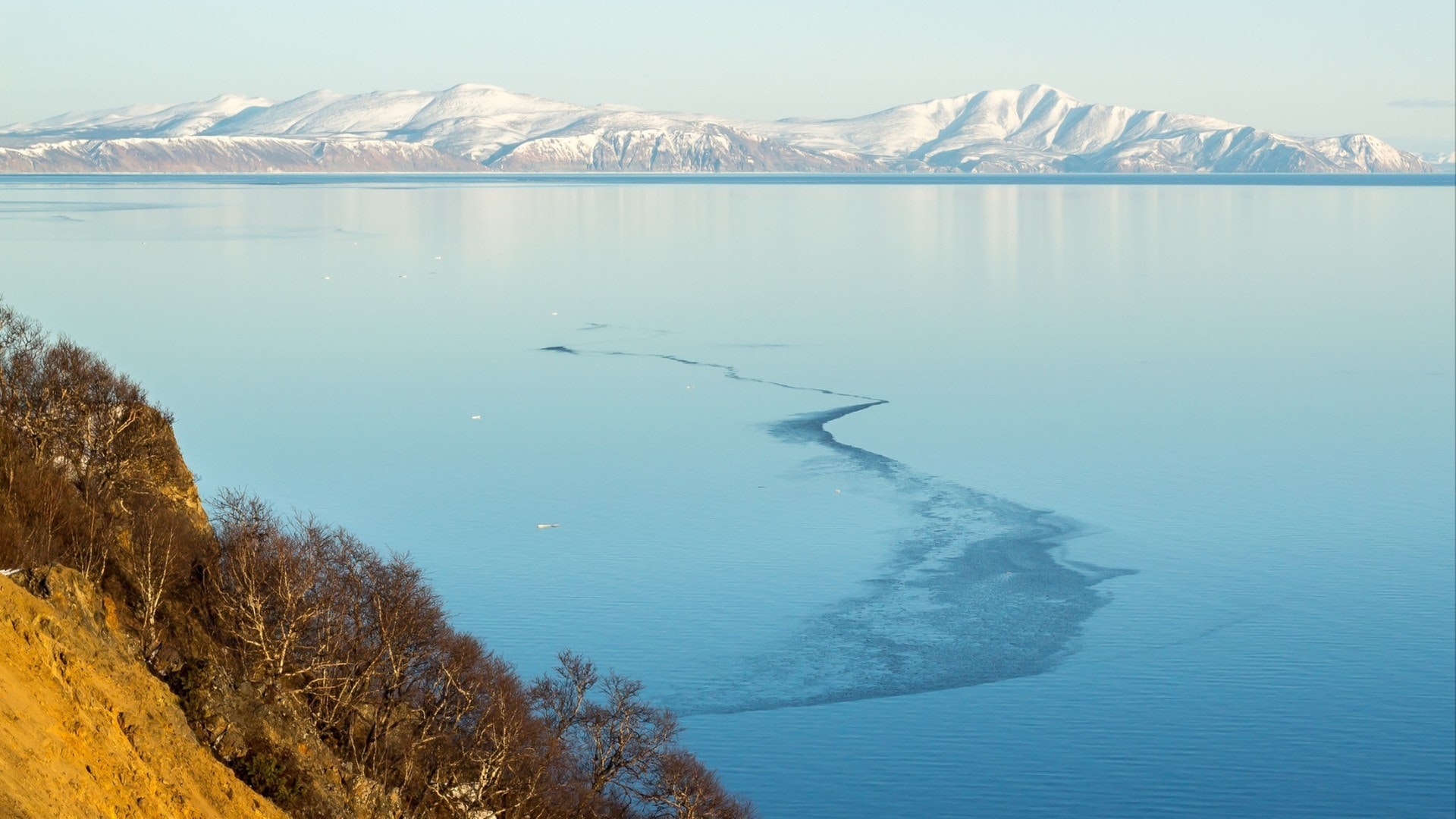 The Sea of Okhotsk is an ocean of contradiction. For many years, millions of prisoners made the unhappy journey across the water to become prisoners of the Gulag and many didn’t make the boat home. While human complexity has carved unhappiness into this corner, the Sea of Okhotsk remains a place of outstanding nature. Wild winter storms, frozen lands, the glittering lights of lost ports, and an incredible wealth of birds, seals, and other creatures make the Sea of Okhotsk an incredible adventure for those wanting to wildlife safari to Russia’s far far eastern corners.

Reasons to Charter a Yacht to Okhotsk

Stellar Sea Lions, Crested Auklets, and rare Ribbon Seals are just a handful of the rare creatures you can see in droves in this remote part of the world. The Sea of Okhotsk makes for an exceptional seaworthy safari. Once a rich whaling spot, despite the heavy culls, wildlife seems to thrive unfettered. There’s Kamchatka Brown Bears, Arctic Ground Squirrels, and plenty of rich pink salmon to go around.

The Okhotsk people are rumored to be a truly elusive culture. They made their living and survived off the land, hunting, fishing, and gathering. Proof of their existence was discovered in the early 20th century but it was said that they vanished suddenly back in the 13th century. Following the footprints of this enigmatic culture with their masks, traditions, and settlements is all part of the magic and mystery of visiting the Okhotsk.

Most of the sights that make up the Okhotsk Sea can be found in the way of rocky islets and islands covered in marine creatures. This is island hopping like you have never seen it. Instead of palm trees and beaches, there’s the Shantar Archipelago where whales roam, Iony Island where Stellar Sea lions breed, and the Mal’minskie Islands where birds flood the skies and everything from Ancient Murralets and Rhinoceros Auklet’s can be found.

Where to Visit in Okhotsk

Forever the first port of call since travelers arrived on the shores of the Far East of Russia, Okhotsk Town is the epicenter of fishing culture and one of the final frontiers in the region. For those charter guests intrigued to see the solely booming industry and to witness fascinating cultural displays, it’s a worthy charter stop before the wilderness swallows you whole.

With a name that directly translates to Seal Island, this smidge in the Okhotsk Sea is prime seal watching territory. From the deck of your yacht you may be able to witness hundreds of seals honking and flapping and bathing on the rocks. Alongside the sheer number of seals there’s also the chance to see puffins and parakeets providing a soundscape against the cobalt blue backdrop.

Infamous for Stalin’s Gulag camps, the port of Magadan is a surprisingly serene and cheerful place with few reminders as to the misery that took place there. There’s the Mask of Sorrow standing on the hill as a poignant homage to those who came and didn’t leave, but beyond that there’s also sculptures, bays, and cathedrals, not to mention bustling markets and fishing ports providing a bright sense of local color.

When to Charter a Yacht to Okhotsk

Winter is an impossible time to cut through the ice and howling winds that plague the Sea of Okhotsk. The best time to drop anchor and explore these shores is in the fairer summer months when wildlife blooms and the waters are gentle.