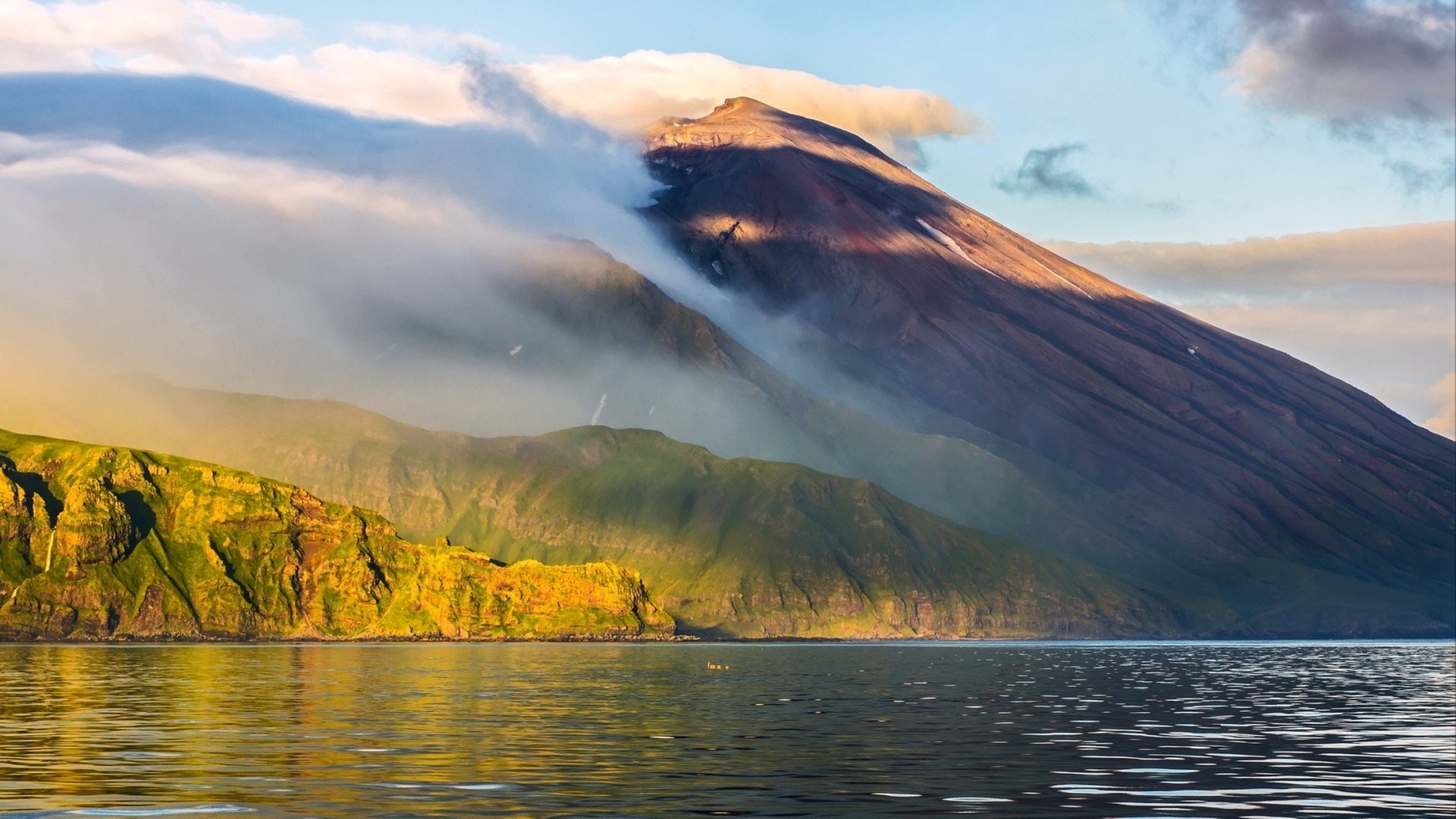 The southwest tail of Alaska peters out into the blue expanse of the Bering Sea. While the northern shores are icy and the central meadows accessible, the southwest side of Alaska is culturally rich, spectacularly dressed in a thousand colors, and home to some glorious national parks for salmon fishing and spotting the famous brown bear. The emerald hills and volcanic peaks provide plenty of hiking opportunities, and the Aleutian Islands offer entrancing ports of call.

Reasons to Charter a Yacht to Alaska South West

The southwest shores of Alaska are home to the highly photogenic Kodiak Brown Bear. The thickset north American grizzly is one of the largest to be found on these shores and fascinating to watch when in their natural habitat. Watching them salmon hunt and tumble with their cubs from the deck of your yacht makes for truly special memories. Get up close and personal, snap some incredible photos, and admire the bears among their neighbors of wolves, otters, puffins, and thousands of birds.

Head into the bush, hit up Bristol Bay, and cruise all the finest fishing spots along the peninsula as you cast your line in some of Alaska’s most memorable fishing spots. Freshwater and sports fishing along this coast is incredible, gifting you the chance to reel in the mighty King Salmon of the Katmai National Park. Over in Kodiak you can catch Red, Pink, and Silver salmon not to mention heavenly Halibut and Rockfish.

The southwest shores offer an eclectic mix of culture for those keen to know more about the human side of this wild world. The Russian roots are still strong with The Baranov Museum the oldest Russian structure in the state. This museum was once a warehouse used for storing furs in the 18th century. The Aleutian Islands are also home to Russian Orthodox churches and religious icons. Over in Kodiak where the native culture is strong, there are archaeological sites and artifacts rich with history.

Where to Visit in Alaska South West

Where Alaska seems to end as it tapers off into the cobalt pacific, stretching all the way to Russia’s dreamy Kamchatka Peninsula, the Aleutian Islands can be found. Rimmed with volcanoes, wild, barren, and windswept, this seemingly inhospitable spot is actually alive and kicking with the perfect storm for biodiversity to bloom. Whales, porpoises, otters, and sealions are just a few creatures that can be found on these fascinating shores.

The epic playing card in the pack for yacht charters seeking postcard pretty Alaskan shores, Kodiak Island is a must. Home to world class fishing spots, the glorious grizzly bears, and rugged landscapes that race to meet the sea, it’s like stepping into a live action version of National Geographic. Kodiak is also the spot for indulging in ocean fun – from stand up paddleboarding to surfing cold water waves, there’s more to Alaska than just ice and snow.

The most bustling fishing port in Alaska makes for a worthwhile visit for those wanting to watch hundreds of vessels from across the world swing by to stock up on the freshest fish. Dutch Harbor is wild Alaska’s connection to the real world. Here, you can leave civilization behind to delve into wildflower hikes, clear water kayaking trips, and follow the watery trails of ancient traders.

When to Charter a Yacht to Alaska South West

Bitter winters with violent storms make Alaska’s southwest shores poor for sailing outside of the summer months. From late July through to September will see these shores at their best, with long days and pleasant temperatures. Earlier in summer will also work but prepare to turn your yacht around for warmer shores from September.