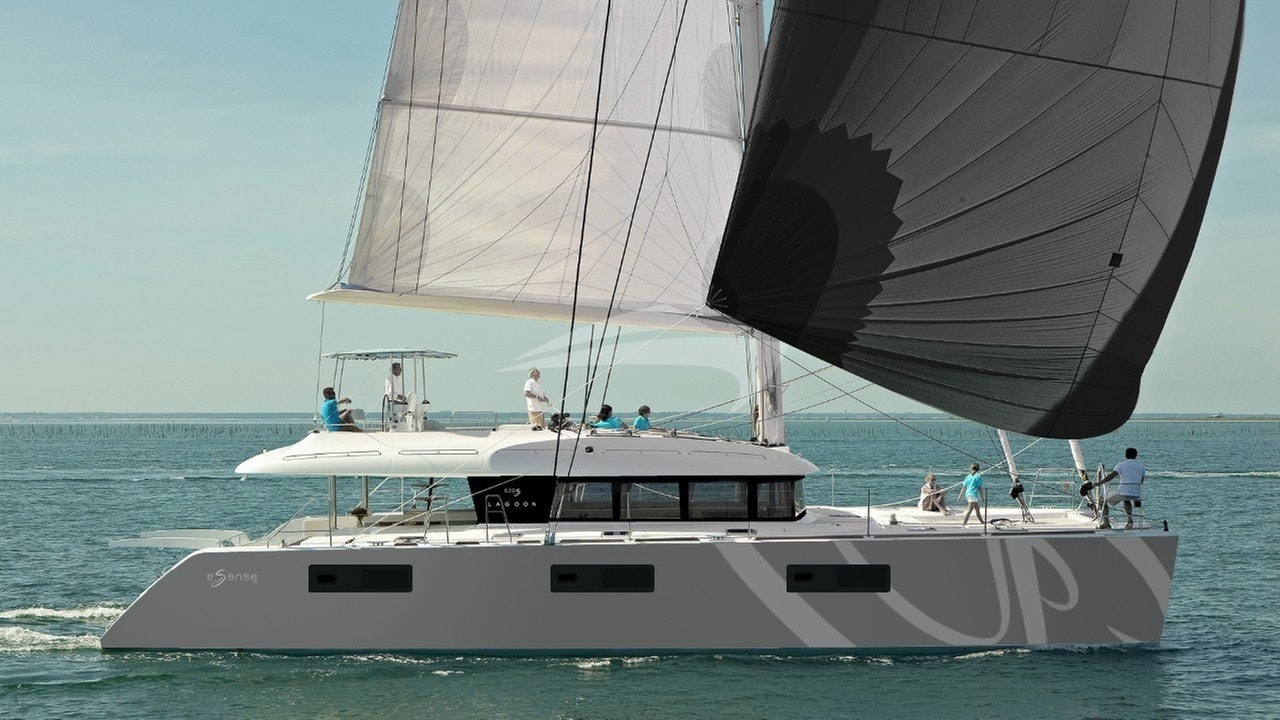 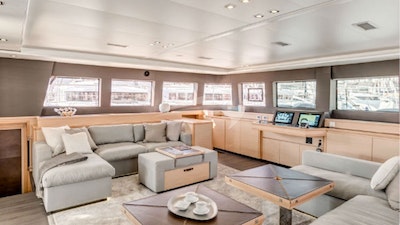 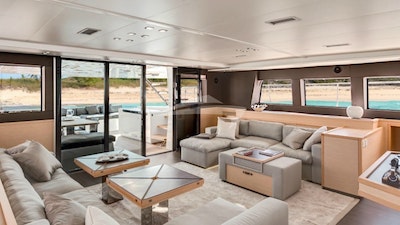 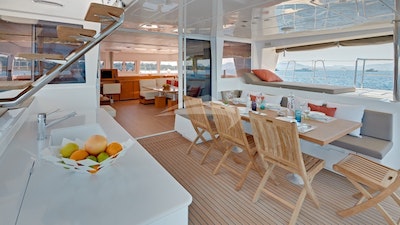 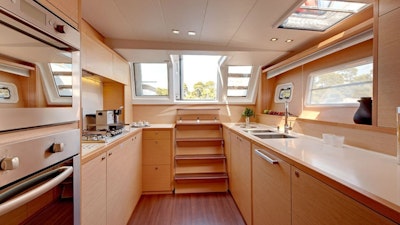 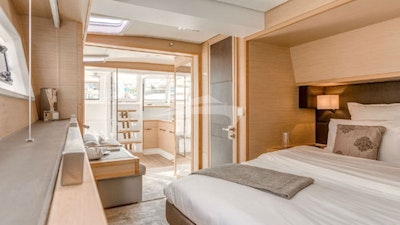 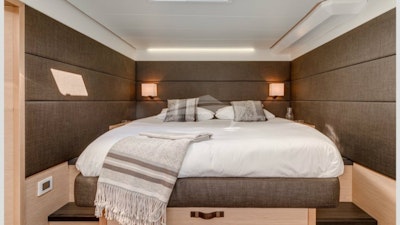 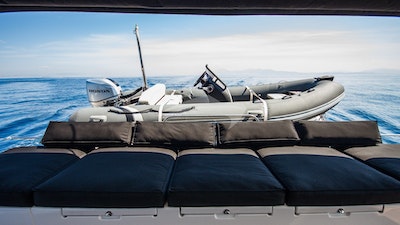 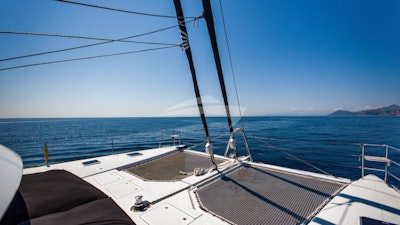 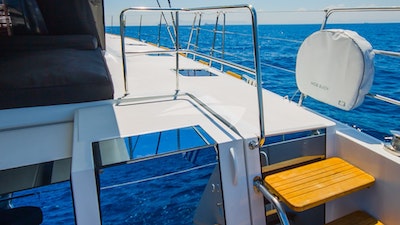 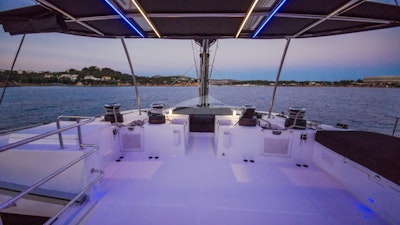 The luxury charter yacht MELINA is a private yacht and we cannot confirm it's availability to charter.

MELINA previously offered accommodation for 10 guests in 5 cabins consisting of.

Further guest accommodation was also available in another 5 cabins. The specifications on board the beautifully built 62 ft / 19 m MELINA launched in 2018 include full air conditioning as well as an extensive list of amenities and toys.

Michalis Alektoridis was born in Thessaloniki and raised in the Aegean island of Kos spending his childhood in the sea. He became active with offshore sailing and racing sailing during his student years of Audio Visual arts in Corfu getting his national offshore sailing degree. Participating and winning in countless regional and international regattas, In 2012 he decides to follow his passion for the sea, and after getting his RYA Yachtmaster Offshore sailing and motor certificate of competence along with First Aid, VHF and Sea Survival certificates, he becomes a Professional captain in Yachting. He has worked since as a skipper and captain in many different sailing and motor yachts doing charters and dailies in Ionian and Aegean sea. The last couple of years upgraded his knowledge acquiring RYA Yachtmaster Ocean and HELM certifications and he has been a Skipper of an ORMA 60 racing trimaran based in Santorini with which he has travelled all around Europe, from Baltic sea to Atlantic ocean and Mediterranean sea. Always smiling, kind, willing to satisfy any customers wishes and share his love and knowledge of the Greek seas. Usually described as the best host and a true professional.

Zeta graduated from “ Chef d’Oeuvre “ culinary school of Athens as a Professional Chef and she speaks fluently English and a little French .Since then she has expanded her knowledge on Fine Dining, Molecular Gastronomy , Sous vide and now her cooking combines a fusion of different cuisines. Although she specializes in Greek cuisine , desserts and various cocktails . Zeta is extremely creative and is excited about having the opportunity to present her mouth watering creations to her guests. She adores to choose for her guests the best quality of local products in every island. That’s why they want to take her in their home at the end of the cruise. Zeta has been working as a chef both in restaurants and yachts over the past 15 years and she owned her bakery shop for many years. She is very attentive, caring,communicative, full of energy and always with a big smile for everyone. She likes pampering her guests. She loves to sail as much as she loves to cook, combining both makes a perfect result. Zeta holds a motor and sailing yacht license.

She was born and raised in Florina, Greece. As her father, who was working as a chef on ships for many years, she learned to love the sea and traveling. Growing up, she started sailing. She travels a lot and she likes meeting new people and experiencing cultures from various countries, which has helped her to become easily adaptable to her job. The past few years she has worked as a hostess on sailing yachts. She loves theater, films, and sports. 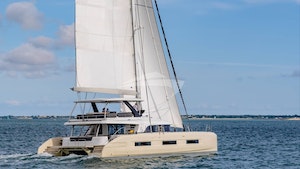 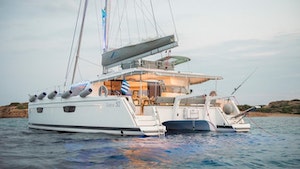 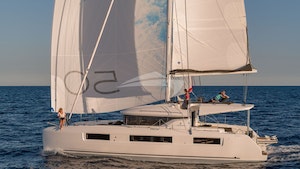 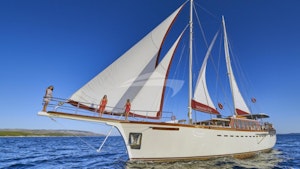 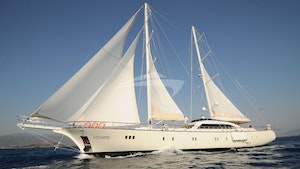 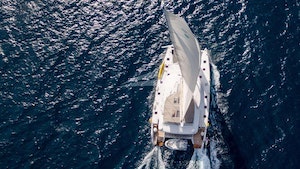 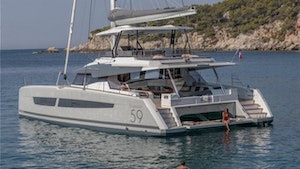 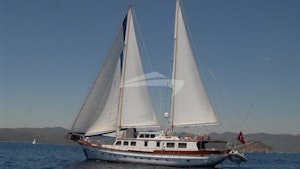 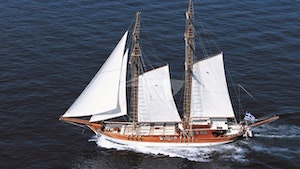 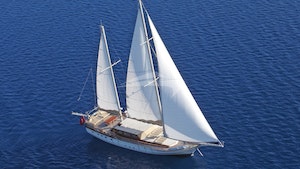 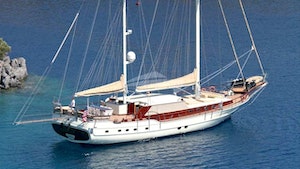 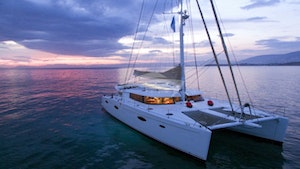 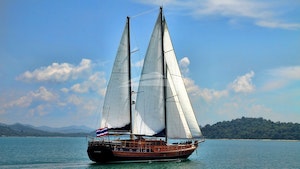 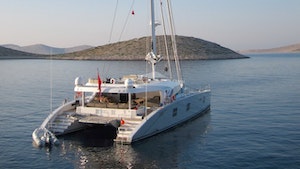 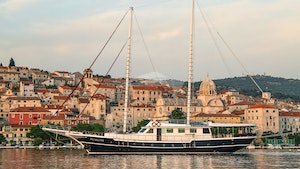 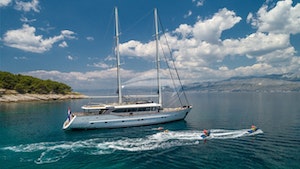 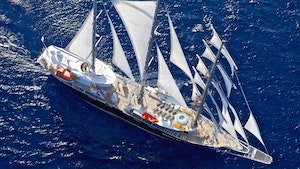 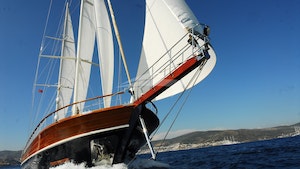