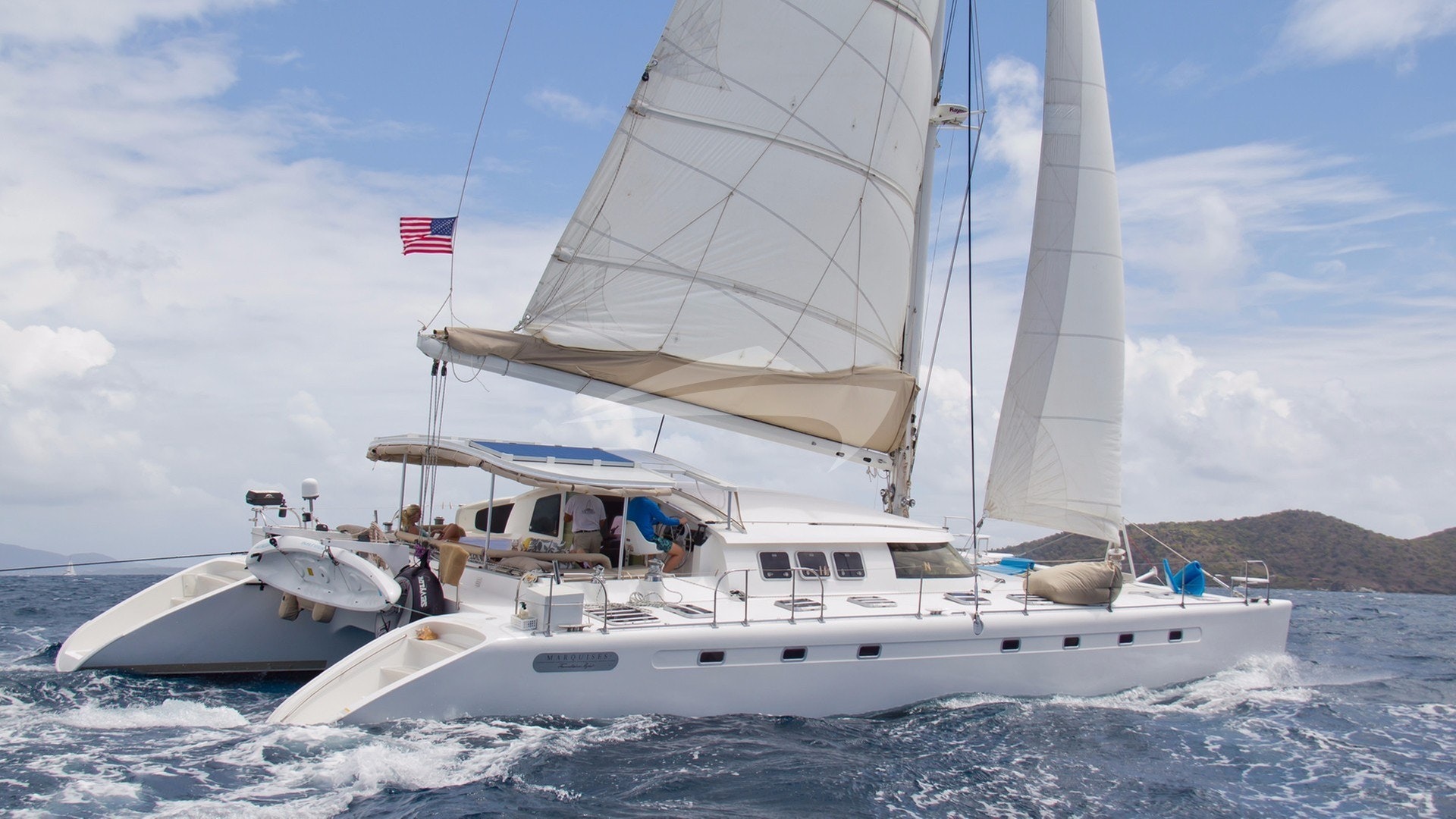 If you ask Barbara or Wayne Elsworth what their earliest memory is, it would certainly involve boating. They both grew up on the shores of the Hudson River, only 150 miles apart. Coincidentally, their families summered at the same Adirondack lake, just on opposite shores! It seemed inevitable that one day they would meet, ironic that it would be on a Caribbean island, 2,000 miles south of their native New York. Wayne Elsworth attended Fredonia State College until 1973 when he discovered the islands while visiting his parents winter home on Great Exuma. In 1979 he became a US Coast Guard licensed captain and has operated a variety of sail and power yachts ranging from 50 to 95 feet. He has sailed from Nova Scotia to Grenada and now has settled in the Virgin Islands. While in Great Exuma, Wayne's father taught him to spearfish, Bahamian style. He is an avid hunter and can be counted on to bring home fresh fish, conch or lobster during your vacation!

Barbara Elsworth graduated Phi Beta Kappa, cum laude from the University of Vermont in 1983 with a degree in history and a great love of sailing. Pursuing a career in the accounting side of the restaurant business occupied her until a fateful vacation in 1987. She traveled to Antigua for Sailing Race Week, accepted a job delivering a sailboat to England and has never looked back. Barbara met Wayne six months later. She began working with him shortly there after and they have been together ever since. Classical French cuisine was the daily fare as Barbara grew up and she draws on that training to develop a lighter French and Italian inspired style. Naturally, she specializes in seafood, using only the freshest of ingredients that Wayne provides. If desserts make your day, watch out! Barbara has a sweet tooth and can be counted on to go overboard. Wayne and Barbara will, from time to time, unthinkingly claim ownership of Victoria. The true owner is Jacob the cat, heir to the beloved Joshua. Jacob has quickly discovered he loves chartering. Our guests shower him with attention and he is required to do nothing more than sleep and look cute. Barbara and Wayne have been chartering together in the Virgin Islands for twenty-five years and these islands are their playground. Victoria is their newest adventure! Come aboard and let them show you all their secret spots. Find out what a difference experience makes!! (Jacob, the 3rd crew member, is the 'Ship's Cat')