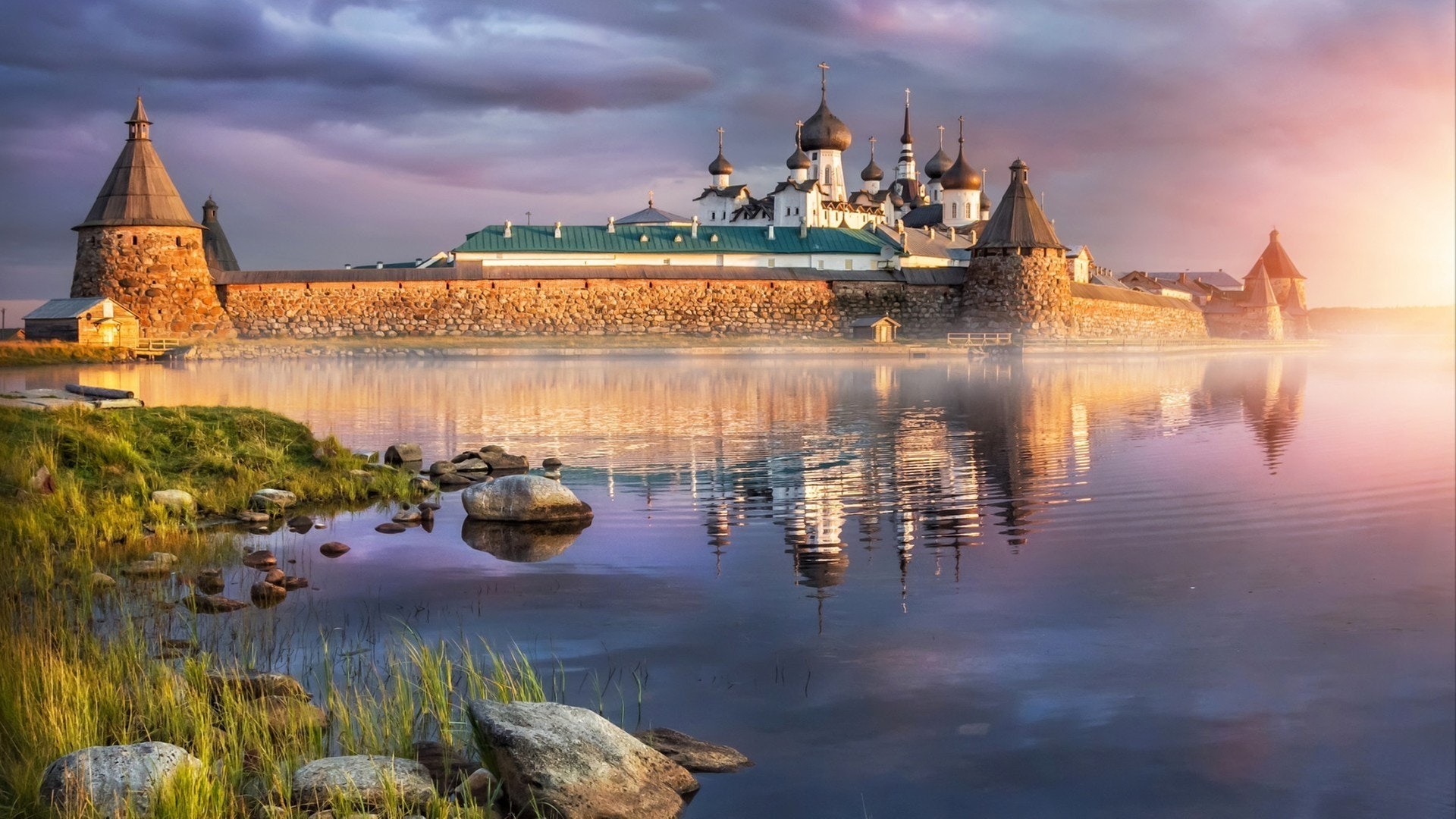 Majestic Russia is never a destination to shy away from grandeur. While the monolith continent spreads all the way from the balmy bright Mediterranean to the chill winds of the Arctic, a yacht charter to the Northwestern corners takes you to sacred places. Ancient fortresses, elaborate ruins, leafy parks, traditional villages, and cobalt blue waters will take you sailing around the remote shores of Russia’s rare northwest where history, mythology, and edge of the world stories are sure to seep into your soul.

Reasons to Charter a Yacht to Northwestern Russia

Stepping ashore in Northwestern Russia is a little like tumbling down the rabbit hole and into a fully fledged story book. From 14th century fortresses to ancient monasteries, mighty walled towns, and old merchant houses, every scrap of architecture seems to have a thousand tales carved in. Be sure to visit Veliky Novgorod to see the thousand-year-old Russian monument carved with princes and tsars.

A literal stone’s throw away from the Arctic Circle marks Northwestern Russia on the map as an edge of the world destination. Everything feels remote, far, and fascinating that civilizations have been able to make it in this truly trying part of the world. There’s rural idyll, white seas, northern lights flashing through the skies, glacial lakes, and the promise of stones and forests and things completely untouched.

There’s something about meeting communities on the edge of the world that leaves you awe-struck in wonder and Northwestern Russia is no exception. While crowds are certainly far and few between, the people you meet will be rugged, hardy, and survivors. From sailors who have traversed icy shores to locals who will be no stranger to hunting bears, husky farms full of snowy dogs, and surprising bars where fresh deer meat and glacial chunk cocktails adorn the menu – the people are as fascinating as the place.

Where to Visit in Northwestern Russia

You may find yourself the only tourist on the shores of Murmansk, sitting just a couple of degrees from the Arctic Circle. The Kola Peninsula brims with sailors and submarines, making it a must visit destination for those intrigued by this end of the line military destination. You can pay a visit to the Atomic Icebreaker Lenin, chow down on tender deer burgers, and simply soak up the strange light patterns and statues that make the town feel so surreal.

Sitting in the equally mystical sounding White Sea, the Solovetsky Islands are a far-flung remote archipelago boasting six main islands and hundreds of lakes. There’s a gloriously impressive fort and monastery standing proud on the main island and traditional village settlements that invite you to enjoy intimate encounters with the locals. The monastery is a UNESCO heritage site and still home to a handful of monks. The backdrop from which the islands shine is a medieval tapestry of woodlands, wilderness, empty bays, and big skies.

Considered to be one of Russia’s best al fresco destinations in the rich green months of summer, Petrozavodsk sits super close to Finland’s most glacial region making it an excellent spot for charters seeking to sail even further into the unknown. While the city itself is rich with cultural and culinary heritage, most come to step ashore on the nearby island of Kizhi where you can see the thirty domed Transfiguration Church carved entirely from wood.

When to Charter a Yacht to Northwestern Russia

Setting sail to Northwestern Russia comes with a small window due to the hostile winters, the late springs, and the screaming winds of autumn. Summers certainly aren’t sweltering thanks to the close proximity to the Arctic Circle, but July and August see the warmest temperatures with at least the Celsius mark hitting double digits.