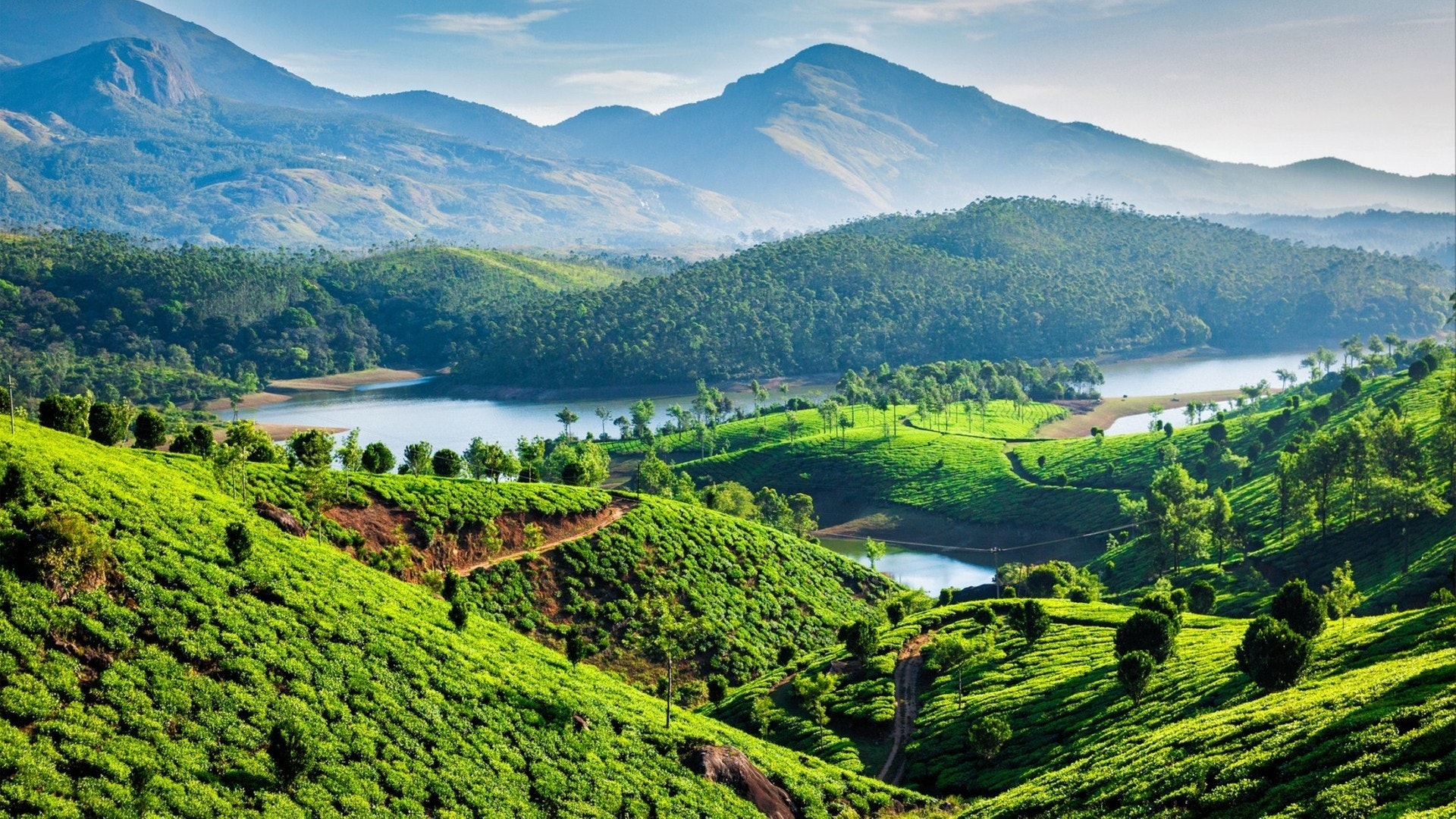 A serene strip of land surrounded by 600km of cool and calm Arabian coastal waters, Kerala is a vision of jade green tea plantations, shimmering palm thronged beaches, quaint backwater houseboats, and an enviable cultural richness. Sailing the shores of Kerala feels a million miles away from the frenetic energy and chaos of India’s other destinations. You can bliss out in the ashrams, witness sublime sunsets on the gauzy blue beaches, and see a wealth of birds, tigers, and other wildlife wonders when you set sail for the heart soothing shores of Kerala.

Reasons to Charter a Yacht in Kerala

One of the best reasons to set sail for Kerala is to explore the backwaters. Beautifully bright houseboats bob serenely along the mangrove coated banks, the water shimmers with iridescent shades of green and blue, exotic birds hoot and call from the splayed fingers of towering palms, and after spending the day kayaking around Alleppey and Kollam, you can feast on some of the most incredible local dishes.

Sprawling tea plantations cling to the side of Kerala’s Western Knats, conjuring up those glorious picture postcard images of South India. Breathtaking vistas, a thousand shades of green, and afternoons spent walking in the slightly cooler climate and sampling some of the worlds best tea makes the must-do list. If tea doesn’t tickle your fancy, the coffee and spice plantations are also worth a tour.

Kerala is one of the most romantic sailing destinations in the world and one of the main reasons is the glut of simple stress-free beaches. From Kovalam’s hippy shores to white sands and mermaid sculptures along Shankumugham, the photographic delight of Poovar, and the dolphins and forts of Cherai, Kerala has a glut of glorious beaches to match every mood.

Where to Visit in Kerala

The beating heart of Gods Own Country, Kochi is the Queen of the Arabian Sea. For over five hundred years explorers have been sailing into this estuary, seeking trade or treasure. It’s a trove of patchwork culture; mediaeval Portuguese architecture, footprints of the British Raj, old synagogues and crumbling mosques, and court of Kubla Khan marine magic. Amidst all that history, it’s super chill bohemian vibes entice the modern traveller with cosy elegant homestays, hip cafes, and an incredible art scene.

If you have been dreaming of Kerala’s soft backwaters, then Kumarakom makes for the perfect introduction. Rich in nature, flooded with birds, and one of the best spots for seeing the houseboats, spend a couple of days exploring this area and delving into the delights of nearby Aleppey and Thekkady. Birdwatchers will be in their element at Vembanad Lake and for those looking to balance body, mind, and spirit – this is also the home of heavenly Ayurvedic treatments. Thekkady is the place to be for those wanting that traditional experience of tea plantations and thundering elephants.

Beaches, mountains, and gold flecked fiery sunsets, there’s a thousand reasons to fall in love with visiting Varkala. The culture that makes the days slip away easily on Varkala is all about surf, yoga, and Ayurveda wellness wonders. Over on the North Cliff area it’s a little on the backpacker trail but that only makes for a chilled out social scene scattered with tourist shops and restaurants. Head further up or down the coast for solitude and seek spellbinding sights closer to town like the holy Hindu spot of Papanasham Beach and its temple.

When to Charter a Yacht in Kerala

Between the months of September and March make for a delightful time to visit Kerala. During these months, the humidity drops making the weather much more bearable, and with less rain you are free to lounge on the beaches and wander the cities and sprawling plantations. Summers are hot and can see heavy downpours but after September the rainfall starts to cease.