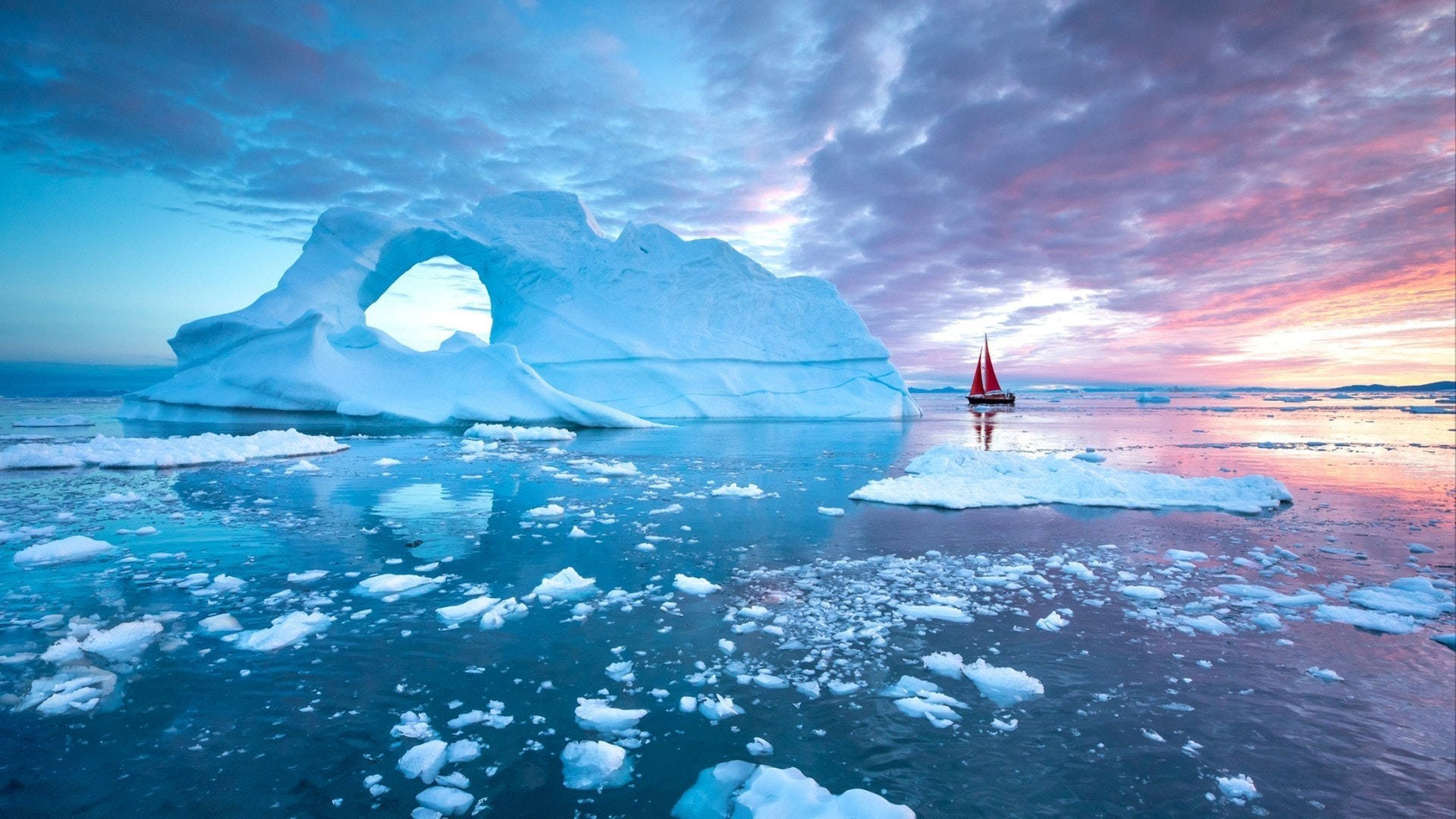 Wilderness awaits in the dark seas and mega mountains that mark Greenland on the map as being a final frontier destination. With few roads, plenty of glaciers, and a surreal shift in time thanks to the midnight sun, Greenland feels like no place else. Days are spent sailing between landscapes of jaw dropping vastness, kayaking and orca spotting, and fishing for fat pink salmon. For truly adventurous charter guests there’s always heli-skiing in the deep interior.

Reasons to Charter a Yacht to Greenland

Kayaking is more than a watersport in Greenland, it’s a way of life and these shores truly do offer some remarkable experiences with a paddle in hand. From gliding alongside whales to cruising beneath gargantuan glaciers, hugging the rugged coastline, and following in the strokes of ancient Inuit people, every other fjord or sheet of icy water is sure to pale in comparison.

The worlds sparest population can be found scattered across the shores of Greenland, which happens to also be the largest non-continental island in the world. This mega chunk of mountainous icy land feels totally remote with only a handful of brightly painted fishing villages to break up the staggering sight of Mother Nature roaming free. Endless hikes, skiing down powdered peaks, and communities that still live in harmony with the land, this is as off the beaten track as you can get.

The four-hundred kilo long-bearded musk ox looks like it landed from another dimension, but this isn’t the only rare creature to populate these remote shores. The waters are rich with whales and big fish, polar bears prowl the glaciers with their cream-coloured fur, caribou disappear on the vast horizon, and pale foxes slink out of sight, Greenland is a snow-capped safari.

Where to Visit in Greenland

The capital of Greenland, Nuuk delivers a dreamy first impression of this far-flung corner of the globe. Sitting on the edge of the pearly blue Labrador Sea, this cape clinging city is a collection of brightly painted wooden houses and hip storybook charm. It’s a great spot for delving into the fabled past of Greenland’s riches thanks to its Inuit Art Museums and the Greenland National Museum. There’s also microbreweries and designer dishes that will delight even the most sophisticated charter guests.

The famous sheet ice is a must see for yacht charters cruising the cobalt waters of Greenland. Sitting at the crossroads of where two rivers meet, this is the edge of the known world where suddenly Greenland turns into a world of ice. Not only is it a worthwhile journey just to witness the marvel of the landscape, but it’s also a great spot for wildlife watching and a chance to take a 4X4 discovery into the arctic desert and the carved ice tunnels.

Boasting a staggering 60km of icebergs, some the same size as the city of Manhattan, the Jakobshavn Icefjord is probably the whole reason you were ever drawn to sail the shores of Greenland. This UNESCO heritage site is one of the most beautiful places in the world with its towering diamond like ice cliffs, its curious polar bear cubs, and its midnight sun casting everything in a rosy glow.

When to Charter a Yacht to Greenland

Between the months of May and September are the best times to set sail for the shores of Greenland. During this time (the northern summer period), you can catch the midnight sun, the waters will allow passage, and the temperatures will be kinder. Winters here make sailing tricky with heavy snowfall and plummeting temperatures. Those chasing the Aurora will find her striking the sky on fire between October and April.